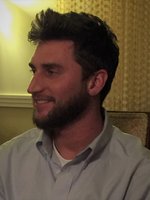 Matthew Allan Friend, 37, died peacefully in his sleep on Wednesday, June 16, 2021, at his home in Bruceton Mills (Hazelton), WV. The son of Stanton Friend and Kimberly Pifer and spouse, Randolph, he was born on June 24, 1983. A 2001 graduate of University High School, he obtained an Associate Degree in Business and studied journalism at West Virginia University. Matthew held many positions in life, but his passion was working in photography. He enjoyed traveling and had lived in Seattle, WA, Sandpoint, ID, and Rustburg and Lynchburg, VA. In addition to his parents, Matthew is survived by his brother and former sister-in-law, Christopher and Carla Friend; his grandparents, Shirley Friend and Marvin and Sally Osler; a nephew, Cayden Friend; his aunts and uncles: Steven and Tracy Friend, Cindy and Rick King, Doug and Sami Osler, Bryon Osler, and Amy and John Clinton; and numerous cousins. He was preceded in death by his grandfather, Samuel Wm. Friend. Visitation will be at the Carl R. Spear Funeral Home in Brandonville-Bruceton Mills, WV, on Saturday, from 2:00 until 6:00 p.m. and on Sunday, June 20, 2021, from noon until the funeral service at 1:00 p.m., with Pastor Steve Wotring officiating. Carl R. Spear Funeral Home in Brandonville-Bruceton Mills, WV, is assisting the family with funeral arrangements. In lieu of flowers, please donate to your favorite charity in Matthew’s name. Condolences: www.spearfuneralhome.net