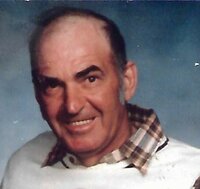 Donald C. Clark, 90, of Albright (Beech Run community), WV, passed away Friday, August 5, 2022, with his family by his side, at Mon Health Preston Memorial Hospital, in Kingwood, WV. The son of the late Cecil H. and Dortha Summers Clark, he was born September 18, 1931, in Albright (Beech Run), WV. He was a U.S. Army veteran of the Korean War, a retired coalminer, and an avid farmer. Donald is survived by his wife, Judy Miller Clark, of 61 years; four daughters: Blenda Clark of Waukesha, WI, Penelope Feather and her companion, Jim Edwards, of Augusta, WV, Kimberly Shrout and her husband, Frankie, of Kingwood, WV, and Tracey Gribble and her husband, Dave, of Kingwood, WV; a son and his wife, Richard Clark and Diana, of Kingwood, WV; fourteen grandchildren; 25 great-grandchildren; and two sisters, Margueritte Radabaugh and Genevieve Miller, of Ohio. In addition to his parents, he was preceded in death by his brother, Dallas Clark. Family and friends may call at the Carl R. Spear Funeral Home in Brandonville-Bruceton Mills, WV, on Wednesday, August 10, 2022, from 11:00 a.m. until the service at 2:00 p.m., with Pastor Kelly Gamble officiating. Burial will follow in the Fairview Cemetery in Pisgah, WV. Military graveside services will be provided by the Preston County Military Honor Guard and the WVANG Funeral Honors of Camp Dawson. The family would like to express a special thank you to the Albright and Valley Point Kwik Stop and appreciation to Barbara Dietz Uphold and Judy Harned. Condolences: spearfuneralhome.net