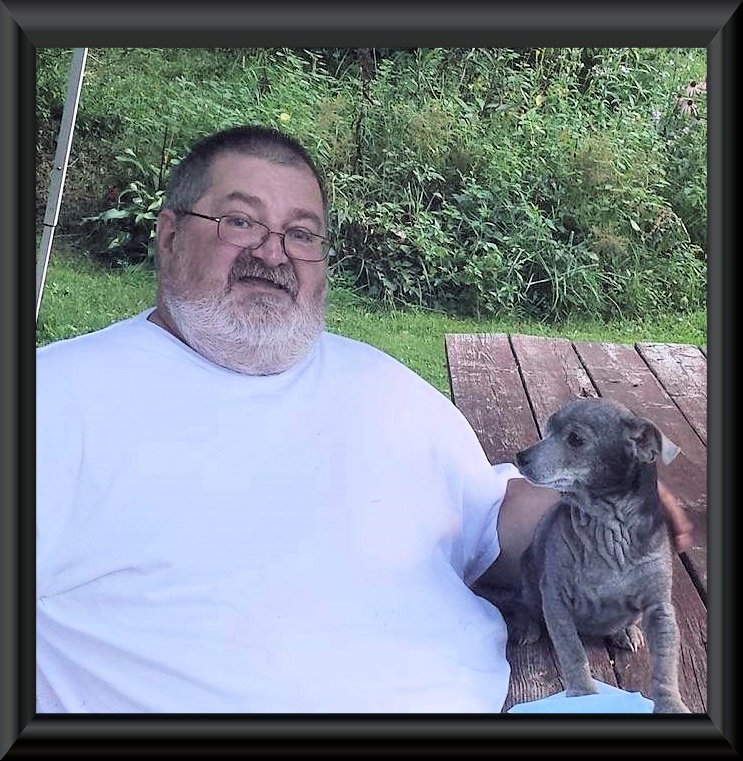 61, of Bruceton Mills (Cuzzart community), WV, died Sunday, December 16, 2018, at Madison Rehab and Nursing Center in Morgantown, WV.
The son of the late Noah (Windy Bill) Frazee and Bonnie Feather Frazee, he was born August 23, 1957, in Confluence, PA.
Ralph was a member of the Mountain Dale Church of the Brethren and had worked as a logger in the timber business.
He is survived by his wife, Jayne Marie Sines Frazee; a daughter and her companion, Heather Dawn Frazee and Philip Feather, of Bruceton Mills; a  son, Brandon Todd Frazee, of Bruceton Mills; a granddaughter, Alexis Marie Feather; a sister and her husband, Betty and Randy Miller, of Bruceton Mills; two brothers and their wives, Billy and Kim Frazee of Bruceton Mills and David and Jeannie Frazee of Oakland, MD; several brothers-in-law and sisters-in-law; several nieces and nephews; and his companion dog, Ben.
In addition to his parents, he was preceded in death by his grandparents, Ralph and Esta Feather, and two sisters, Patty Chidester and Mary Sager.
Family and friends may call at the Carl R. Spear Funeral Home in Brandonville-Bruceton Mills, Tuesday, from 2-4 and 6-8 p.m., and Wednesday, December 19, 2018, from 10:00 a.m. until the 11:00 a.m. service in the funeral chapel, with Rev. Lewis Beachy officiating.
Burial will follow at the Parnell Cemetery, Bruceton Mills (Cuzzart), WV.
Condolences: spearfuneralhome.net