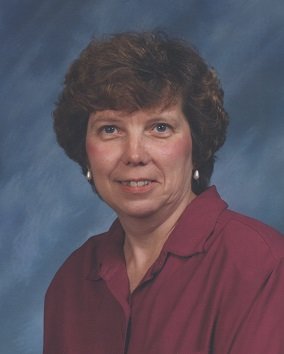 70, of Bruceton Mills, WV, made her final journey, January 7, 2019, after 2 ½ year battle with cancer.
The daughter of the late Alva L. and Virginia Guesman Shafer, she was born January 5, 1949, in Morgantown, WV.
Margaret was a member and trustee of Woodland United Methodist Church.  She was active in Relay for Life, American Red Cross, Bruceton-Brandonville VFW Post 2523, Bruceton Area Neighborhood Watch, Gold Wing Road Riders Chapter I, and Kingwood Division of the FOP.
Margaret worked in the Comptroller Office at WVU for several years until she became a Certified Nursing Assistant and cared for Mrs. Hazel Ruby until she passed away.  Shortly thereafter, Margaret retired and became involved in numerous community programs.
She is survived by her two children: a son and his wife, Randy and Casey Bolyard, of Bruceton Mills and a daughter, Janie Testa of Bruceton Mills; four grandchildren: Sierra Testa, Wade Bolyard, Preston Testa, and Collin Bolyard: two brothers and their spouses, James Shafer and Darby and Robert Shafer and Joyce, of Bruceton Mills; four sisters: Janet McKee and husband, Alvin, of Rio, WV, Emily Shafer of Bruceton Mills, Mary Nieman and husband, Rodney, of Bruceton Mills, and Linda Lowry and husband, Tink, of Ohiopyle, PA; several nieces and nephews; and a brother-in-law, Frankie Wilhelm.
In addition to her parents, she was preceded in death by her husband, Myriel James Boreing and a sister, Judith Wilhelm.
Family and friends may be received at the Carl R. Spear Funeral Home, in Brandonville-Bruceton Mills, WV, Friday, January 11, from 3:00 until the 5:30 p.m. service in the funeral home, with Pastor Audria Thomason officiating.  A private burial will be in the Shady Grove Cemetery, Bruceton Mills.
Cremation services have been provided by the Carl R. Spear Funeral Home.
Condolences: spearfuneralhome.net