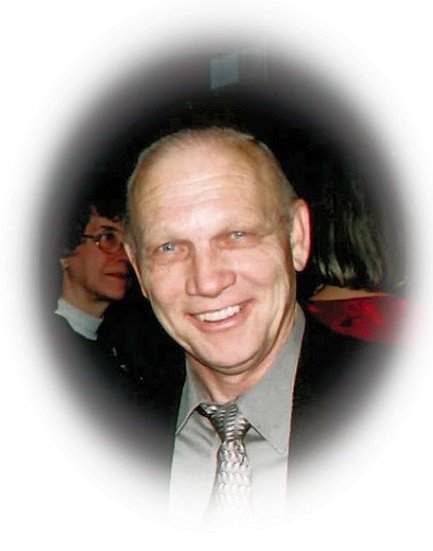 73, of Bruceton Mills, WV, passed away September 22, 2019, at his home after a courageous battle with cancer.

In addition to his parents, he was preceded in death by a sister, Mary Katherine Benson, and a brother, Kenneth Benson.

Steve was a person of great convictions and compassion for others.  He lived his life as a devoted family man, as well as a teacher, advocate and activist for students, teachers and the environment. He was very active in his community and church, superintendent of Bruceton United Methodist Church and attended Clifton Church of the Brethren, and a member of the Bruceton Community Volunteer Fire Department and a founding member of the Bruceton Community Ambulance Service. Every Friday for over 45 years, he enjoyed meeting with his “Poker Buddies” to play cards.  He also enjoyed deer hunting and cabin life with his brothers and brother-in-law throughout his entire life.

A 1964 graduate of Bruceton High School, Steve attended Potomac State where he played basketball and baseball.  He then went on to graduate from West Virginia University in 1968.

Steve began his teaching and coaching career in Rock Hall Maryland in the fall of 1968.  His teaching and coaching profession then took him to Terra Alta High School/East Preston High School.  Over the many years while serving as an educator, he coached basketball, football, golf and chess.  He began working with the West Virginia Education Association as a teacher representative while teaching at TAHS.  His passion for advocacy gave rise to the opportunity to leave the classroom in 1980 and work for West Virginia Education Association as a UniServ Director and Field Operations from 1980 to 1994.  WVEA is a part of the National Education Association in which he also had a direct and close working relationship and led many NEA leadership and negotiation trainings across the United States.

It is difficult to capture the impact and the legacy that Steve has left on the world of education.  One of his peers described him as his mentor and hero in all things centered around advocacy for human, civil and economic rights.  He added that he was smart, funny, maverick, rabble rouser with common sense and never forgot where he came from approach to life.  The executive director of WVEA stated in his professional evaluation “…is a master at working with people of varied backgrounds and varying interests.”  “His integrity continues to be without question”, “He refuses to let other people rain on his parade”.  He was described as “effective and understanding of WV law; indeed, he helped write much of it”.  The appraisal of his work with WVEA was rated as highly successful as he continued to labor mightily to grapple with the myriad of problems teachers and service personnel are confronted with daily.  In March of 1990 his leadership was instrumental in the first statewide strike in the history of WV.  The focus of the strike was teacher compensation, as the average salary at that time was $21,904. The Strike of 1990 is recognized on a national level as a successful strike for the teachers of WV that resulted in higher pay.

During this time, he also served as UniServ Director for WVEA and was a member of the Preston County Board of Education from 1982-1988 and served as president from 1986-1988.

In 1994 Steve left WVEA and began work with MSTA/MSEA to be closer to his home.  Steve worked tirelessly as a UniServ Director for the former Maryland State Teachers Association (MSTA) now the Maryland State Education Association (MSEA). He represented all school employees at the Allegany County Teachers Association (ACTA) currently the Allegany County Education Association (ACEA) and the Garrett County Education Association. A persistent, skilled educator and negotiator Steve led the charge and won numerous victories critical to students, educators, and schools during his lengthy career. Steve negotiated starting salaries of $40k for teachers in both counties as he believed strongly in recruiting and retaining highly credentialed educators. His experience, enhanced skills and knowledge were critical to the major association victories that he led the way for by pushing a strong pro-public education agenda. He was a mentor to new employees as well as with his experienced colleagues as he took on additional leadership roles within his professional staff association. He played a critical role in the development, passage and enactment of legislation to expand the scope of bargaining for education support professionals (ESP) and provide due process for ESPs on the Eastern Shore of Maryland. As a tenacious advocate for collective bargaining rights he tackled the 30-year struggle that successfully ended with the passage of a new collective bargaining law that gives employees a level playing field at the negotiating table. Steve always made time to share his expertise, support and guide everyone that he worked with from the schoolhouse to the Statehouse. A true mentor, leader, educator, advocate and friend... Steve Benson got the important work for students, members and the community completed while always advocating social, civil and economic rights.

He was the number one fan of his grandchildren and most always in the stands of lacrosse, basketball, cross country meets, special Olympics basketball games, gymnastics, horse shows and soccer games of all levels of play from AYSO to collegiate level.   He attended their national honor society banquets, theatre performances, graduations and was glaringly proud at every event.

A Celebration of Life will be planned for the near future by his request “when everyone isn’t so busy and soccer season has ended”.

The family requests no flowers, but that memorial contributions be made to:
foodforpreston.org/donate
Carl R. Spear Funeral Home in Brandonville-Bruceton Mills, WV, will be assisting the family with arrangements.

To plant a beautiful memorial tree in memory of Steve Benson, please visit our Tree Store