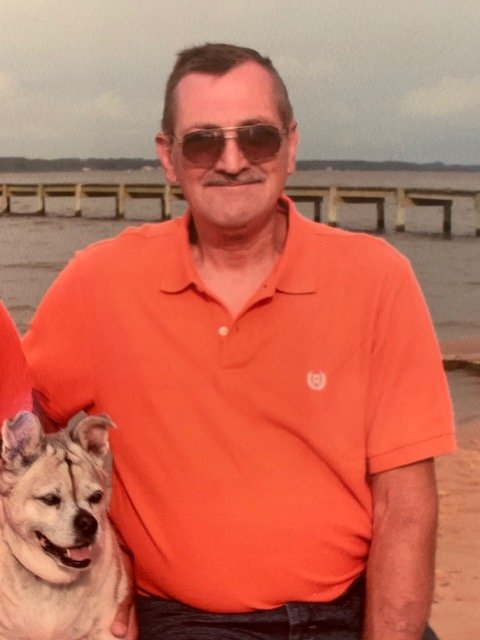 Terry Dwayne Jenkins, 72 of Inwood, WV and formerly of Bruceton Mills, WV died Saturday, December 21, 2019 at Berkeley Medical Center in Martinsburg, WV. Born June 25, 1947, Terry was the son of Mabel Marie Jenkins and the late Hubert Jenkins. He married the love of his life, Rosie Hellen Jenkins on May 7, 1988. At a young age, Terry began driving truck for his dad. After his father's death, he owned and operated Terry D. Jenkins Trucking, Three Sons Trucking and later, TJ Enterprises. He retired as an equipment operator. Known by many as "Mr. Fix-it," he was the hardest working man his family and friends ever knew. He could simply do anything, and if he didn't know how, he would find a way to get the job done. He was an avid NASCAR fan, often told he resembled the infamous Dale Earnhardt. Truth be told, he drove a little like him, as well. His sense of humor was contagious and his heart was genuine, willing to give anyone the shirt off his back. He was also gracious with his time, offering every spare second he had to help a family member, friend, neighbor, or stranger in need. There is so much to learn from the life that he lived. His legacy lives on in the lives of his three beloved sons, Terry Dean Jenkins and wife Crystal, Shawn Dwayne Jenkins and wife Renee, and Koby Dion Jenkins and wife Hillary all of Bruceton Mills. His five grandchildren were his pride and joy, Katerina Dawn Jenkins and fiancé Andrew Vero, Aubrey Dean Jenkins and wife Alissa, Ashton Dwayne Jenkins, Selena Dion Jenkins, Kash DeVaughn Jenkins, and two great-grandchildren, Avery Duran Jenkins, and August David Jenkins. He is also survived by three brothers, Larry "Doyan" Jenkins, Jeff Jenkins and Debbie, Anthony "Moe" Jenkins and Cindy, one sister Judy Adams, four sisters-in-law, Catherine Heitchew and Neil, Lucy Baughan and companion Robert Chinn, Mary Nixon and Rick, Barbara Stevens and John, and one brother-in-law Herbert Schools, and many nieces and nephews. In addition to his father, Terry was preceded in death by a brother-in-law, Gene Baughan. Family and friends may call at the Carl R. Spear Funeral Home in Brandonville-Bruceton Mills, WV, Thursday, December 26, 2019, from 4 until 8 p.m. A celebration of life and time of remberance will be announced at a later date.
To plant a beautiful memorial tree in memory of Terry Jenkins, please visit our Tree Store