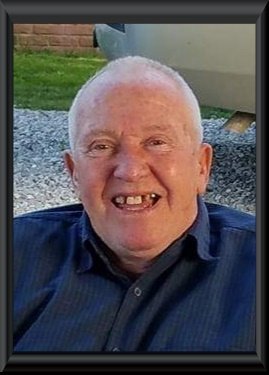 Please share a memory of Jack to include in a keepsake book for family and friends.
View Tribute Book
Jack A. Ringer, 87, of Bruceton Mills (Glade Farms community), WV, went to be with the Lord, January 9, 2020 with his wife and family by his side at J.W Ruby Memorial Hospital, Morgantown, WV. The son of the late Rose M. Cyphert Ringer and Floyd Ringer, he was born July 28, 1932, in Masontown, WV. Jack was a veteran of the U.S. Army from 1949 until 1959, serving in Okinawa, Japan, Korea as well as being stationed state-side. He received an occupation medal in Japan and a United Nation service medal and a Korea service medal with five bronze service stars. He was an active member of The Church of Jesus Christ of Latter-day Saints. He is survived by his wife of 33 years, Norma R. Metheny Ringer; six children and their spouses: Roger Ringer and Chrissy, James Ringer and Judi, Joseph Ringer and Debra, William Ringer and Deborah, Alicia Clark and TJ, and Harold Fearer and Summer; several grandchildren, great grandchildren and some great-great grandchildren. In addition to his parents, he was preceded in death by his daughter, Lisa A. Ringer. Family and friends may call at the Carl R. Spear Funeral Home in Brandonville-Bruceton Mills, WV, Monday, from 4 until 8 p.m., and Tuesday, January 14, 2020, from 10 a.m. until the 11 a.m. service with the LDS Church officiating. Burial will be in the Terra Alta Cemetery, Terra Alta, WV, with military honors provided by the Preston County VFW Posts, the Vietnam Veterans of America, Chapter 977 of Preston County and the Military Funeral Honors, Camp Dawson. In lieu of flowers the family request contributions be made to the Carl R. Spear Funeral Home to assist the family with funeral expenses. Condolences: spearfuneralhome.net
To plant a beautiful memorial tree in memory of Jack Ringer, please visit our Tree Store

Look inside to read what others have shared
Family and friends are coming together online to create a special keepsake. Every memory left on the online obituary will be automatically included in this book.
View Tribute Book
Services for Jack Ringer
There are no events scheduled. You can still show your support by planting a tree in memory of Jack Ringer.
Plant a tree in memory of Jack