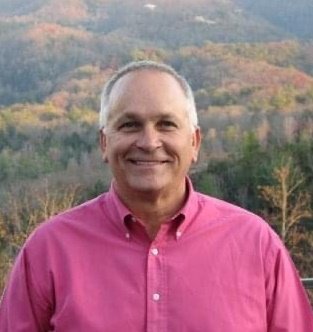 Please share a memory of Warren to include in a keepsake book for family and friends.
View Tribute Book
Warren Ray McGrew III, 65, passed away on April 23, 2020 in Dallas, Georgia. Warren was born in Albuquerque, New Mexico, on April 23, 1955, to the late Warren and Dorothy McGrew. Warren's first youthful passion was riding motorcycles where he loved the thrill of riding on dirt tracks, trails, or the open road. As a young man, he went on to follow in his father's footsteps as a carpenter and later went on to start his own custom home company. As an entrepreneur, he started his own company Academy Roofing; which is now owned and operated by his daughter-in-law and son. He was a consumer advocate and served on the board of the Atlanta Better Business Bureau and thoroughly enjoyed business. Warren was a follower of Jesus. He loved to share the good news of the gospel of salvation wherever he went. He also had a very generous heart and handed out hundreds of Bibles over the years. He raised his children in faith and loved to tell parables of wisdom. He loved his family, especially his daughter-in-laws, and his grandchildren. Above all, he was very proud of them and told them often. He is survived by sons, Warren IV (Andrea), Stephen (Jennifer), Brian (Justine), and Ian; daughters, Jennifer (Brian) and Reed; brothers, Norman, Glenn, Nathan, and Neil; sister, Barbra; eight grandchildren, and several nieces and nephews. He will be laid to rest on April, 27, 2020 in Fairview Cemetery, Bruceton Mills (Pisgah community), West Virginia. In lieu of flowers, the family requests donations be made in his honor to www.seedcompany.com to share the Bible in many different languages. Please leave memories and share condolences with the family at www.spearfuneralhome.net
To plant a beautiful memorial tree in memory of Warren McGrew, III, please visit our Tree Store

Look inside to read what others have shared
Family and friends are coming together online to create a special keepsake. Every memory left on the online obituary will be automatically included in this book.
View Tribute Book
Services for Warren McGrew, III
There are no events scheduled. You can still show your support by planting a tree in memory of Warren McGrew, III.
Plant a tree in memory of Warren