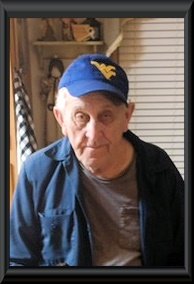 Please share a memory of Carl to include in a keepsake book for family and friends.
View Tribute Book
Carl R. Collins, 75, of Bruceton Mills (Brandonville community), WV, passed away on Thursday, December 3, 2020, at his home. The son of the late Earl "Bus" and Bertha Elizabeth Cuppett Collins, he was born February 8, 1945, in Kingwood, WV. Carl was a member of the Hopewell Church. He was instrumental in bringing the ambulance service to the Bruceton-Brandonville communities. He was a member of the Bruceton-Brandonville Volunteer Fire Department for over 50 years and was Treasurer at the PSD #4. Carl worked in the construction business for Spiker LTD as well as Murphy's Garage doing some mechanical work. He later worked in the coal Industry for Allied Coal, chess Coal and Arch Coal, where he retired in 2014. He loved spending time with his family and his rabbits. In his spare time, he enjoyed hunting and tinkering around the house and the farm. He is survived by his wife, of 57 years, Wilma Ruth McCarty Collins, whom he married on May 5, 1063; two sons and their spouses, Michael Ray and Leslie Collins and Kenneth Lynn and Julie Collins; 7 grandchildren: Tyler Hoffman, Tanner Collins, Kyle Ware and his wife, Kaylan, Kayla Imler and her husband, Donnie,, Cameron Ware and his wife, Lindsey, Taylor Rosenberger and her husband, Chris and Harley Crane and his wife, Taylor; 11 great-grandchildren: Kaylee, Kenley and Adalynn Ware, Jayda Collins, Carson Belanger, Candin and Chloe Ware, Bentley Kidwell, River Rosenberger and Lillian and Gavin Crane; a sister, Mary Moore and her husband, John of Augusta, GA; a sister-in-law, Ina Friend; a brother-in-law, Charles "Chuck" McCarty and his spouse, Bobbi of Turtle Creek, PA, and a sister-in-law, Sandy Collins of Morgantown, WV. In addition to his parents, he was preceded in death by two brothers, Raymond Earl Collins and William "Billy" Lee Collins; mother-in-law and father-in-law, Glenna Shaffer McCarty and David Herschel McCarty; two brother's-in-law, David Ward McCarty and John Friend and a great granddaughter, Jordan Elizabeth Marie Collins. The family wishes to welcome those who would like to attend a graveside memorial service Monday, December 7, 2020, at 1:00 p.m. at the Shady Grove Cemetery in Bruceton Mills, with Rev. Stanley Merrifield officiating. Due to the COVID-19 pandemic and the safety of all concerned, face masks and social distancing are required. Carl R. Spear Funeral Home in Brandonville-Bruceton Mills, will be assisting the family with funeral arrangements and the family wish that condolences be sent to the funeral home website. Condolences: www.spearfuneralhome.net.
To plant a beautiful memorial tree in memory of Carl Collins, please visit our Tree Store

Look inside to read what others have shared
Family and friends are coming together online to create a special keepsake. Every memory left on the online obituary will be automatically included in this book.
View Tribute Book
Services for Carl Collins
There are no events scheduled. You can still show your support by planting a tree in memory of Carl Collins.
Plant a tree in memory of Carl