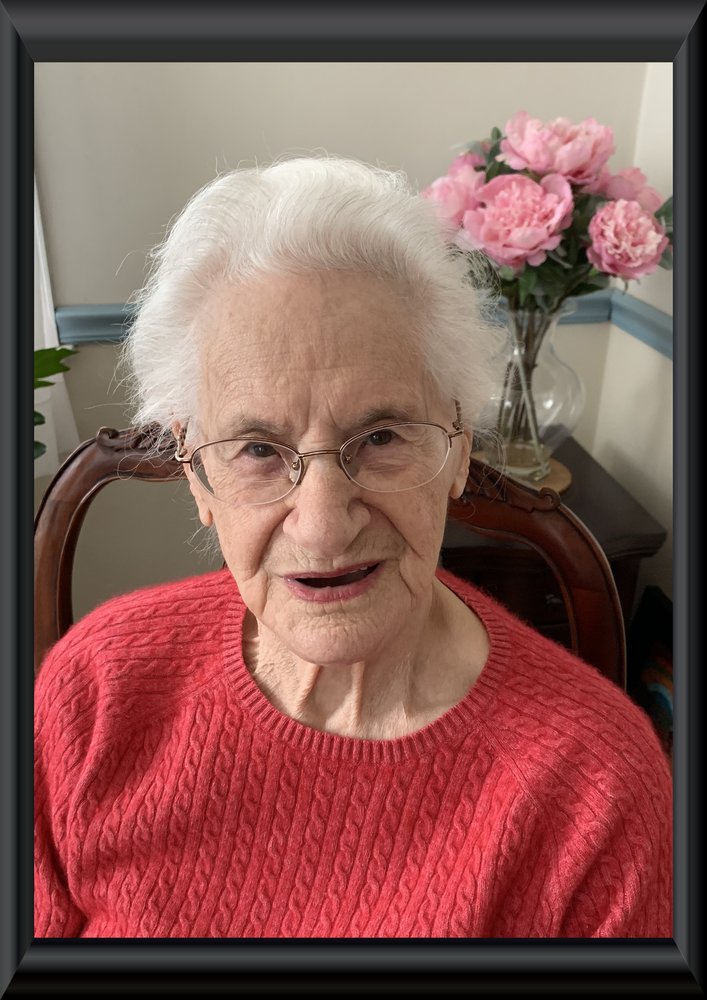 Please share a memory of Zorka to include in a keepsake book for family and friends.
View Tribute Book
Zorka Popovich Metheny, 97, of Silver Spring, MD, died peacefully on January 13, 2021, after suffering a brain aneurysm. She was the youngest of six children born to Michael and Milica Popovich, on February 3, 1923 in Aliquippa, PA. Her mother died when she was 2. At the depth of the Great Depression in 1930, as a child of 7, she was taken by her father with two older brothers to live with her father's mother in Josepdol, Yugoslavia, now in Croatia. Her grandmother died a few years later, leaving her to fend for herself and to live with various relatives. She endured World War II in Croatia, participating with other Serbs in the Partisans, fighting the Nazis. After the War, she returned to the United States in 1947 and lived in Aliquippa, PA, where she met and married Lewis Russell Metheny in 1949. They had two children, Earl and Betty, and lived in Sewickley, PA. She was an extraordinarily competent European-style mother, who was devoted to her children and to the generous care of many others. She spoke to strangers. She was preceded in death by her husband in 1993. Since 2000, she lived happily with her daughter, Betty, in Silver Spring, MD until her death. Both of her children survive her. She is also survived by three stepdaughters of her husband's prior marriage, Mary Jean Hindman, Patricia Gutta, and Joan Hill, as well as many nieces and nephews. Because of the coronavirus pandemic, her service of Christian burial will be at her graveside. She will be interred beside her husband in the Bruceton Cemetery in Bruceton Mills, WV, Tuesday, January 19, 2021 at 1 pm, with The Reverend John Elliott Lein assisting. Carl R. Spear Funeral Home, Brandonville-Bruceton Mills, WV will be assisting with the funeral arrangements. Condolences: www.spearfuneralhome.net
To plant a beautiful memorial tree in memory of Zorka Metheny, please visit our Tree Store

Look inside to read what others have shared
Family and friends are coming together online to create a special keepsake. Every memory left on the online obituary will be automatically included in this book.
View Tribute Book
Services for Zorka Metheny
There are no events scheduled. You can still show your support by planting a tree in memory of Zorka Metheny.
Plant a tree in memory of Zorka