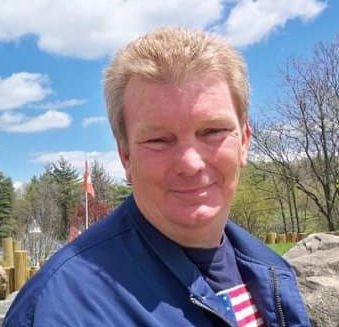 Please share a memory of Alan to include in a keepsake book for family and friends.
View Tribute Book
Alan Eugene Sisler, 72, decorated veteran, loving husband, and family man, flew his last helicopter mission to be with our Lord on February 28, 2021, surrounded by his loving family. The son of the late Donald E. Sisler and Barbara Sisler Andria, Alan was born on May 22, 1948, in Confluence, PA. Alan was a 1966 graduate of Albert Gallatin Senior High School where he was a brass member of the marching and concert bands. He attended Penn State before joining the Army to proudly serve his country during the Vietnam War. A brave and honorable soldier, Alan was a door gunner and crew chief on a helicopter and was wounded numerous times. After each recovery, he returned to combat to fulfill his duty. His helicopter was shot down, crashed, and burned. He suffered burns and broken bones and returned to the United States to heal and complete the remainder of his service. Among his many honors, Alan received the Bronze and Silver Stars for his heroic service and gallantry in action against the enemies of the US and received the Purple Heart for being wounded in combat. Alan had several professions in his life and excelled in all of them. Before he retired, he owned and operated T and S Tank Testing. While working during his high school summers at his Uncle Bill’s Marina in Deep Creek Lake, MD, Alan developed a lifelong passion for boating. He enjoyed working on his cars which led to his love of Nascar racing and following the career of his favorite racer, Jeff Gordon. An avid Steeler fan, he was surprised when Pittsburgh Steeler, offensive tackle Villanueva, visited Alan in the Veteran’s Hospital. Throughout his life, Alan held an unwavering faith in God and inspired others around him to know God, especially through his Bible School teachings and Bible Study groups. Alan loved living in the country with his wife, Nancy, and enjoyed nature walks and hiking. Physical fitness was always important to him, and he regularly worked out in his home gym. He was an avid pool player, and he and Nancy spent many hours playing pool in their game room. Alan enriched the lives of those he loved and those who loved him. He will be missed so much by all, especially his devoted wife, Nancy, the love of his life. He is survived by his wife of 16 years, Nancy Sisler; two sons, Alan Sisler II and wife, Angie, and Jason Sisler and wife, Janet; his stepson and wife, Michael and Jill Lawson; his stepdaughter and her husband, Alissa and Chris Mebane; his sister and her husband , Sharon and Mark Sleighter; a brother and his wife, Ronald Lynn and Jessica Sisler; his grandchildren: Kaleb, Keegan, Kahlil and wife, Alissa, Kevin and wife, Shirley, Jayden, Rhett, Callie, Sophia and Myla; his great-grandchildren, Landon and Evelyn; and many special nieces, nephews, uncles, and aunts. In addition to his parents, he was preceded in death by his stepfather, Joseph Andria, and stepbrother, Kerry Joe Andria. Alan’s family wishes to give special thanks to the Hospice Team, especially Amy. Carl R. Spear Funeral Home, Brandonville-Bruceton Mills, WV, is assisting the family with funeral arrangements. The family welcomes online condolences at www.spearfuneralhome.net.
To plant a beautiful memorial tree in memory of Alan Sisler, please visit our Tree Store

Look inside to read what others have shared
Family and friends are coming together online to create a special keepsake. Every memory left on the online obituary will be automatically included in this book.
View Tribute Book
Services for Alan Sisler
There are no events scheduled. You can still show your support by planting a tree in memory of Alan Sisler.
Plant a tree in memory of Alan