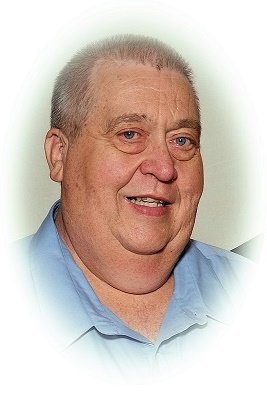 Please share a memory of Raymond to include in a keepsake book for family and friends.
View Tribute Book
Raymond Roger Cole, 75, of Bruceton Mills, WV, formerly of Newark, DE, entered into eternal life on Thursday, April 29, 2021, at Stonerise Healthcare Transitional Care in Kingwood, WV. Roger was born the first time into this world on November 9, 1945, at home in Conowingo, MD, to the late Floyd R. and Evelyn E. (Shoff) Cole. He graduated as valedictorian from Rising Sun High School in 1963 and worked as an accounting clerk in Baltimore, MD, until the fall of 1965. He then enlisted in the Navy and spent 4 years during the Vietnam era as a communication technician monitoring radio communications of our Cold War adversaries. During his enlistment, he was stationed at Pensacola, FL, Cheltenham, MD and the Island of Guam. He accepted Jesus Christ as his personal Savior and was born again on March 7, 1971. After military service, he worked as a computer programmer for the University of Delaware, Rollins Truck Leasing, and UPS. He married Barbara Ellen Dixon in July of 1971 and established their home in Delaware. Roger retired in May of 2009 shortly after his father’s death. He was an avid rail fan and had ridden cross country on Amtrak several times, in addition to riding many tourist railroads. He also enjoyed photography, going on cruises, and cats. In his lifetime, Roger visited the US territory of Guam, all but three states (AK, AR & OK), and 4 foreign countries – Hong Kong, Japan, Canada & the Bahamas. In December 2005, after living in Delaware for 34 years, Roger and Barbara moved from Newark, DE, to Bruceton Mills, WV, where he became a member of the Little Sandy Church of the Nazarene. In his last years, arthritis and congestive heart failure severely limited his physical activities. Roger is survived by his wife of 49 years, Barbara E. Cole, of Bruceton Mills, WV; son, Raymond Lewis Cole, of Bruceton Mills; daughter, Allison Joyce Cole, of Kingwood, WV; grandchildren, Autumn Brook Allman (spouse: Aaron Lee Allman) and Hunter Douglas Mayle; his mother, Evelyn Elizabeth Cole, of Bruceton Mills, WV; and a brother, Larry Louis Cole, and his late wife, Mary Lucille, of Conowingo, MD. Roger was preceded in death by his father, Floyd Raymond Cole. To slightly revise a quote of the late Dr. Billy Graham, “Someday you will read or hear that Roger Cole is dead. Don’t you believe a word of it. I shall be more alive than I am now. I will just have changed my address. I will have gone into the presence of God.” A Celebration of Life for Roger will be held at the Little Sandy Church of the Nazarene in Bruceton Mills, WV, on Saturday, May 08, 2021, at 2:00 pm. Visitation/calling hours will be from 1:00 – 2:00 pm. There will be a private burial at a later date for the family. In lieu of flowers, the family kindly asks donations be made to Little Sandy Church of the Nazarene, 3767 Little Sandy Road, Bruceton Mills, WV 26525. Carl R. Spear Funeral Home in Brandonville-Bruceton Mills, WV, will be assisting the family with funeral arrangements. Condolences: www.spearfuneralhome.net
To plant a beautiful memorial tree in memory of Raymond Cole, please visit our Tree Store

Look inside to read what others have shared
Family and friends are coming together online to create a special keepsake. Every memory left on the online obituary will be automatically included in this book.
View Tribute Book
Services for Raymond Cole
There are no events scheduled. You can still show your support by planting a tree in memory of Raymond Cole.
Plant a tree in memory of Raymond