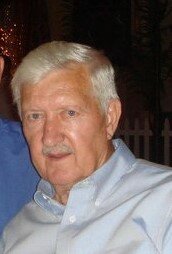 Please share a memory of Frank to include in a keepsake book for family and friends.
View Tribute Book
Frank Thaler, 91, of Bruceton Mills, WV, entered into eternal rest, Monday, October 25, 2021, surrounded by his family. The son of the late John and Anna Thaler, he was born November 17, 1929, in Jere, WV. At the age of 22, Frank enlisted in the Army and served his country during the Korean War. He was combat wounded and received the purple heart and two bronze stars for his service. In 1955, Frank married his sweetheart, Patty, the day after she graduated high school. After they were married, they moved to Michigan and began raising a family. Frank was a Millwright with Local 1102 in Detroit and worked as a superintendent. After retirement in 1990, Frank and his wife moved back to the family farm in Bruceton Mills, WV. He enjoyed home renovations and woodworking, especially making toys, and traveling to a variety of craft shows. However, he was happiest when his sons were around helping him on the farm with his latest projects or watching his grandchildren grow up. He is survived by his sons, Frank Thaler, Jr., and wife, Diana of Owosso, MI, and James A. Thaler, and wife Kimberly, of Bruceton Mills; and a daughter-in-law, Darcey Thaler of Centennial, CO; nine grandchildren: Tyler (Kristiana) Thaler of Cary, NC, Tanner (Tara) Thaler of Belle River, Ontario, Canada, Demi (Tim) Russell of Bridgeport, WV, Christian Thaler (Kaitlyn Kuhn) of Mannington, WV, Georgia Thaler, John Cooper Thaler and Callie Thaler of Bruceton Mills, Timothy Thaler and Jenna Thaler of Centennial, CO; two great grandchildren, Blake and Devin Thaler of Cary, NC; and several nieces and nephews. Frank was preceded in death by his wife of 66 years, Patty Thaler October 2021, and his beloved son, John A. Thaler, September 2003. Honoring his wishes, a private gathering of family will be held Wednesday, October 27, 2021, at Shady Grove Cemetery, Bruceton Mills. Military graveside honors will be provided by the Preston County Honor Guard and the WVANG Funeral honors, Camp Dawson. Due to the increased prevalence of the COVID virus, those in attendance are requested to wear masks and to practice social distancing. The Carl R. Spear Funeral Home of Brandonville-Bruceton Mills will be providing funeral arrangements for the family. Condolences: spearfuneralhome.net.
To plant a beautiful memorial tree in memory of Frank Thaler, Sr., please visit our Tree Store

Look inside to read what others have shared
Family and friends are coming together online to create a special keepsake. Every memory left on the online obituary will be automatically included in this book.
View Tribute Book
Services for Frank Thaler, Sr.
There are no events scheduled. You can still show your support by planting a tree in memory of Frank Thaler, Sr..
Plant a tree in memory of Frank