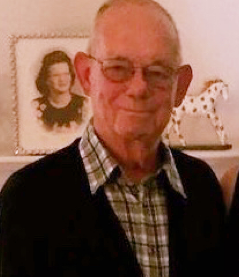 Please share a memory of Bill to include in a keepsake book for family and friends.
View Tribute Book
Charles William ‘Bill’ Butcher, 75, of Lawrenceville, Georgia, passed away on Friday, October 29, 2021. He was born on November 8, 1945, in the Kelly Hill neighborhood of Clarksburg, West Virginia to Virginia W. Morrison and Gilbert F. Butcher, Sr. Following in his brother James’ footsteps, Mr. Butcher moved to Georgia in 1964 and began working at Camp Chevrolet in Chamblee. He started working at Rock-Tenn Company, now WestRock, in 1965 and spent the next 45 years in the Corrugated Division as a Warehouse Manager in Duluth. He also worked for Main Auto Parts/Auto Plus Auto Parts for 18 years in the Duluth and Lawrenceville locations. He is survived by the love of his life, his wife of almost 50 years, Connie K. Butcher, and his daughter, Mary Jo Butcher, both of Lawrenceville, Georgia. He is also survived by two sisters, Elizabeth ‘Libby’ Iaquinta of Fairmont, West Virginia, and Mary (Nathan) Rymer of Salem, West Virginia; a brother, Joe (Betty) Bartlett, of Clarksburg, West Virginia; several nieces, nephews, brothers-in-law, and sisters-in-law. He was preceded in death by his mother and father; brothers: Gilbert F. ‘Junior’ Butcher, Jr., Richard A. ‘Ric’ Butcher, James Bartlett, and Howard Bartlett; nephew, Donald ‘Donnie’ Kelly; and nieces, Stacy Golden-Aldridge and Beth Ann Blanchard. A small service will be held on Saturday, November 6, 2021, at Davis Funeral Home in Clarksburg, West Virginia, with interment at Floral Hills Memorial Gardens in Mt. Clare, West Virginia. In lieu of flowers, the family requests memorial contributions be made to help with funeral expenses. Contributions can be made via https://gofund.me/19237b33 or directly to the funeral home. The Carl R. Spear Funeral Home of Brandonville-Bruceton Mills, WV, is in charge of funeral arrangements for the family.
To plant a beautiful memorial tree in memory of Bill Butcher, please visit our Tree Store

Look inside to read what others have shared
Family and friends are coming together online to create a special keepsake. Every memory left on the online obituary will be automatically included in this book.
View Tribute Book
Services for Bill Butcher
There are no events scheduled. You can still show your support by planting a tree in memory of Bill Butcher.
Plant a tree in memory of Bill