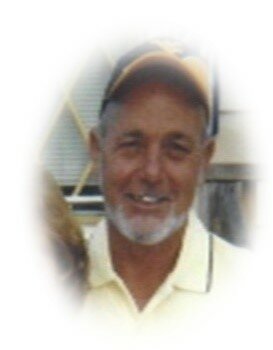 Paul Edward Rosenberger ~ “PER” Paul Edward Rosenberger ~ “PER”, 72, of Bruceton Mills, WV, died Tuesday, November 9, 2021, at his home surrounded by his family. The son of the late Earnest and Edna Bowser Rosenberger, he was born July 20, 1949, in Confluence, PA. Paul worked in construction as an equipment operator. He enjoyed helping family and friends, gardening, digging ramps, cooking, canning, making rolls for everyone, hunting and he especially looked forward to his tradition that happened the day before deer season. He was survived by his wife of 52 years, Linda (Early) Rosenberger; two daughters and one son: Paula McCarty, of Bruceton Mills, WV, Chasity Mayhew and husband Brian, of Morgantown, WV, and Chad Rosenberger, of Bruceton Mills, WV; four sisters: Pasty Evans, Genevieve Wotring (Mick), Janet Bishoff (Jimmy), Donna Livengood (Rodney), and one brother, Rusty Rosenberger (Tracy); grandchildren: Waylon (Aislin Hall) and Serena Summers (Nathan Badgett), Bailey Wassick, Brandon Rosenberger (Kira Nichloson), and Brian Patrick Mayhew II; seven great-grandchildren: Wyatt, Roianne, and Ryker Summers, Dewayne, Kyran and Kiera Badgett, and Evelyn Wassick; and many loving nieces and nephews. In addition to his parents, he was preceded in death by his brother: Eugene Rosenberger, a brother-in-law: John Evans, and two nephews: Jeffery Hall and Brandon E. Rosenberger. Due to the prevalence of the COVID virus, a “Celebration of Life” will be held at a later date. Carl R. Spear Funeral Home in Brandonville-Bruceton Mills, WV is entrusted with the arrangement. The family wishes to give special thanks to WVU Medicine Home Health, Amedisys Hospice Care, Friends Thru Cancer, and the generosity from the colleagues at West Virginia University. Condolences may be sent to the family at www.spearfuneralhome.net.
To plant a tree in memory of Paul Rosenberger, please visit Tribute Store
Services for Paul Rosenberger
There are no events scheduled. You can still show your support by planting a tree in memory of Paul Rosenberger.
Visit the Tribute Store