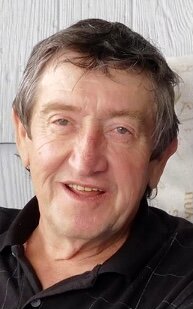 Please share a memory of Robert to include in a keepsake book for family and friends.
View Tribute Book
Robert (Bob) Earl Cunningham, 72, passed away peacefully at his home on November 22, 2021, after a lengthy illness. Bob was born in Morgantown, WV to the late Harold and Dorothy Cunningham. He was preceded in death by his devoted wife of 49 years, Lynn Cunningham. Bob was an avid fan of all sports. For decades, he played and coached softball in the Bruceton Mills community. Bob always wanted to be within earshot of ESPN. No matter the sport, the television in his home was tuned to ESPN 24/7. When the weather turned cooler, Bob’s passion turned from softball to hunting. He loved to hunt deer, rabbits, and squirrels. You name it, Bob would try to hunt it. After graduating from Bruceton High School in 1967, Bob served his country in the U.S. Army. Following his military service, he worked as a heavy equipment operator for General Paving and Steyer Mines. There was not a piece of heavy machinery that Bob didn’t know how to operate. Since most of his career was dedicated to his work on surface coal mines, Bob’s children and grandkids will always fondly remember the layer of coal dust that covered his clothes, boots, and pickup truck. The memory of that coal dust will always serve as a reminder to them of how hard Bob worked to support his family. Bob was a member of the Hopewell Union Church where he enjoyed decades of fellowship with his church family and friends. One of his favorite places to spend time was Little Sandy’s, where he would take up residency at the counter and spend hours swapping stories with friends. One of Bob’s greatest sources of pride were his three sons: Tim (Lori) Cunningham, Rodney Cunningham, and Randy (Jennifer) Cunningham. His sons will be eternally grateful for the life lessons their dad instilled in them through his example – a strong work ethic and a dedication to supporting family and friends. If someone was in need, Bob was always there for them. Even though Bob’s passion for sports skipped a generation with his sons, it was shared by many of his grandkids. Pappy Bob loved to attend and watch his seven grandkids perform at various events ranging from softball, baseball, football, soccer, volleyball to cheerleading and dance recitals. Payton, Reagan, Alison, Cori, Emerson, Cooper, and Kamryn could always count on Pappy Bob and Grammy Lynn to be cheering them on from the sidelines. In addition to his children and grandchildren, Bob is also survived by his two brothers and two sisters: Harold Cunningham, Rich (Terrie) Cunningham, Lois Bolyard, and Sharon (Steve) Shaffer. He was preceded in death by his brother-in-law, Delmus Bolyard. The family would like to extend their special thanks to all his personal caregivers and WV Caring for their support and caring of Bob and family. Due the current prevalence of the COVID virus, the family will be holding a private graveside service with the Rev. Lynda Masters officiating. In lieu of sending flowers, the family requests that donations be made in Bob’s memory to the Bruceton Youth League to support the continued development of sports in his beloved community. Donations can be sent to: Bruceton Youth Baseball-Softball League P.O. Box 564 Bruceton Mills, WV 26525
To plant a beautiful memorial tree in memory of Robert Cunningham, please visit our Tree Store

Look inside to read what others have shared
Family and friends are coming together online to create a special keepsake. Every memory left on the online obituary will be automatically included in this book.
View Tribute Book
Services for Robert Cunningham
There are no events scheduled. You can still show your support by planting a tree in memory of Robert Cunningham.
Plant a tree in memory of Robert