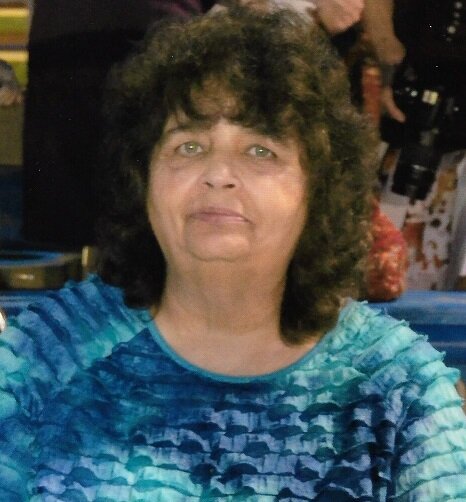 Please share a memory of Martha to include in a keepsake book for family and friends.
View Tribute Book
Martha Elizabeth Cramer, 74, of Terra Alta, WV, and previously Bruceton Mills, WV, passed away peacefully at home with her family by her side on November 26, 2021. The daughter of the late Floyd Hugh Barker and Marion Elizabeth Wilmoth Barker Scott, she was born on January 13, 1947, in Belington, WV. Martha had many talents, but she really enjoyed cooking and baking. Her family loved her gravy and her many other dishes. For many years, she had a campsite at Big Bear that she enjoyed with her children and grandchildren. She was active in the Bruceton Mills Red Hats and enjoyed socializing with the women and going to breakfast at Little Sandy’s. Music was her passion, and she enjoyed attending the Senior Citizen’s music activities. She is survived by four daughters and their husbands: Frances and Chuck McCarty and Donna and George Landis, Sr., both of Terra Alta, Jackie and Terry Blamble of Aurora, WV, and Tracy and Rusty Rosenberger of Bruceton Mills; three sons and their wives: William “Jackie” Shaffer, Jr. and Nancy, Roger Shaffer and Connie, and Steve Shaffer and Chris, all of Bruceton Mills; 18 grandchildren: Charley McCarty, Ashley McCarty and fiancé, Travis Richards, Bryson McCarty, Elizabeth Swann, George Landis, Jr., Jennifer Welsh and husband, Tony, Kendra Landis, Ariana Wolfe and husband, Buddy, Courtney Landis, Sherrica Landis, Alexis Landis, Jonathan Blamble and wife, Samantha, Danielle Roth and husband, Michael, Brittany Wolfe and husband, Tyler, Chelsea Rosenberger, Ryan Rosenberger, Precious Ridenour and Randi Stanton; 12 great grandchildren: Kadie Swann, Kenley Blamble, Everly Blamble, Branson Roth, Kaycen Roth, Braxton Wolfe, Kiley Richards, Presley Richards, Eli Stanton, Collin Mercer, Alexandra Mote, and Andee Mote. Also surviving are 3 brothers: Larry Barker of Sumter, SC, Roy Barker and wife, Janice, of Bessemer City, NC, and Floyd Barker, Jr. of Ocala, FL; 4 sisters: Dove Romage and Debbie Barker of Sumter, SC, Liz Cox and husband, Jim, of Florence, SC, and Tammy Dudash and husband, Larry, of Atlanta, GA; stepmother, Edna Barker, of Ocala, FL; cousin, Ronnie Spahr, of Sumter, SC; aunt, Dove Wellner, of Akron, OH; brothers-in-law and spouses, Lonnie and Shirley Cramer and James and Edna Cramer; sister-in-law, Shirley Metheny; several nieces and nephews; and a special friend, Joyce Galloway. In addition to her parents, Martha was preceded in death by her husband of 24 years, Jack Adair Cramer, March 8, 1987; a companion of 28 years, William Jackson Shaffer, September 14, 2017; a brother, Harry Barker; a sister, Denise Scott; her father-in-law and mother-in-law, Reed and Beatrice Cramer, sisters-in-law, Jean Brock and husband, Dean, and Bonnie Cramer; and a brother-in-law, Benny Cramer. The family would like to extend a special thanks to all the staff with Amedisys Hospice and to Dr. Roger Lewis for all the years he cared for her. A private funeral service officiated by Pastor Barry M. Adkins will be held for the family, and burial will be in the Oak Grove Cemetery, Terra Alta, WV. Carl R. Spear Funeral Home in Brandonville-Bruceton Mills, WV, is providing funeral arrangements for the family. Condolences may be sent to the family at www.spearfuneralhome.net
To plant a beautiful memorial tree in memory of Martha Cramer, please visit our Tree Store

Look inside to read what others have shared
Family and friends are coming together online to create a special keepsake. Every memory left on the online obituary will be automatically included in this book.
View Tribute Book
Services for Martha Cramer
There are no events scheduled. You can still show your support by planting a tree in memory of Martha Cramer.
Plant a tree in memory of Martha