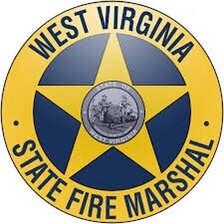 Please share a memory of Mack to include in a keepsake book for family and friends.
View Tribute Book
Thomas Mack Dennis, 89, of Bruceton Mills, WV, passed away Thursday, December 9, 2021, at J.W. Ruby Memorial Hospital in Morgantown, WV. The son of the late Lucian and Margaret Radabaugh Dennis, he was born November 9, 1932, in Morgantown. After graduating from Bruceton High School in 1951, Mack spent four years in the US Air Force where he was a nuclear weapons’ and explosives’ specialist. On December 27, 1952, he married Ina Bayles. He served as a Deputy Sheriff in Preston County and then investigated arson as an Assistant Fire Marshall for WV for 25 years. Mack was known for his quick wit and love for cooking. He was a loving husband to his wife, Ina G. Dennis, who survives him. Also surviving are a daughter and her husband, Debbie and David Mann; three sons: Michael, Joe, and David; a granddaughter and her husband, Ann Hammond and Henry Williams; great grandchildren: Madison, Avis, and Elijah Williams; and several cousins, nieces, and nephews. In addition to his parents, he was preceded in death by his grandson, Daniel Hammond. A private family funeral service will be held at the Fairview Cemetery in Pisgah with Pastor Daniel Bayles officiating. As a veteran, Mack will be accorded graveside funeral honors by the Air Force. Carl R. Spear Funeral Home in Brandonville-Bruceton Mills, WV, will be assisting the family with funeral arrangements. Condolences: www.spearfuneralhome.net
To plant a beautiful memorial tree in memory of Mack Dennis, please visit our Tree Store

Look inside to read what others have shared
Family and friends are coming together online to create a special keepsake. Every memory left on the online obituary will be automatically included in this book.
View Tribute Book
Services for Mack Dennis
There are no events scheduled. You can still show your support by planting a tree in memory of Mack Dennis.
Plant a tree in memory of Mack