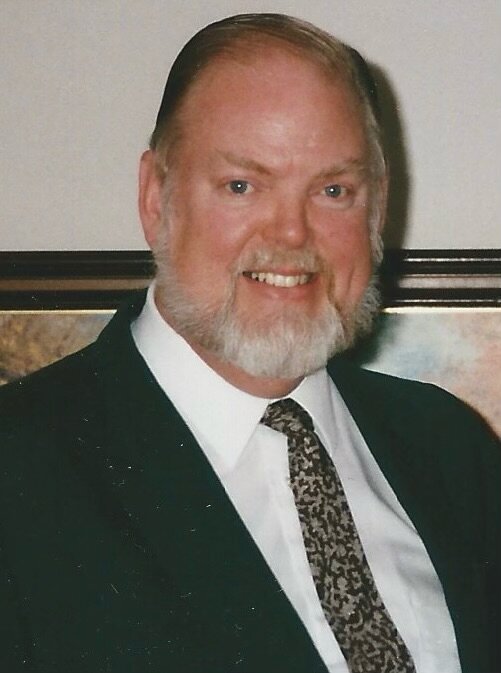 Please share a memory of David to include in a keepsake book for family and friends.
View Tribute Book
David H. McDougal, 77, of Martinsville, IN, died on Sunday, February 13, 2022, at Worthington Place, Camby, IN. The eldest son of the late Eugene C. and Mary J. Hunsaker McDougal, he was born December 22, 1944, in Fairmont, WV. David married Joan Eileen Cale on December 27, 1964, at the First United Methodist Church in Fairmont, WV. She preceded him in death on November 20, 2007. David was a 1962 graduate of Fairmont Senior High School in Fairmont. He did a short term in the Marines in 1965, and in 1966 he received his B. S. degree in Biology and Psychology from Fairmont State College, Fairmont. He was a park ranger with the U. S. National Park Service at Colonial National Park in Jamestown, Yorktown, and Williamsburg, VA, and at the Grand Canyon National Park. He also taught Biology at East Fairmont High School for one year. David received his teaching certificate in 1969 from Fairmont State College before joining the Bureau of Narcotics and Dangerous Drugs, the predecessor of the United States Drug Enforcement Administration. He retired in 1994 after 27 years of service with the DEA as Resident Agent in Charge of Indianapolis, IN. During his time as a special agent, he spent several years teaching narcotics enforcement to police officers around the world. David went back to school to renew his teaching certificate and then taught various science classes from 1996 to 2007 at Martinsville High School in Martinsville, IN. David played tuba in the Livingston County Concert Band in Howell, MI, and was a 32nd Degree Mason and Past Master of the Masonic Lodge # 38 in Howell, MI, and a member of Shriners International. He was also a member of Clan MacDougall Society and a member of River Valley Christian Church in Martinsville, IN. He loved the outdoors and nature, hunting, archery, and music. He taught Sunday School for many years and was very active in church. David really loved being surrounded by his family. He was a wonderful Christian man and a loving husband, father, and grandfather. In addition to his parents and his wife, David was preceded in death by his son, Ian C. McDougal; father- and mother-in -law, Harland and Dorothy Cale; and brother-in-law, Ben Sisler. He is survived by two daughters, Stephanie J. (Brandon) Ingle of Bozeman, MT, and Katherine E. Perkins of Martinsville, IN; and two sons, Stephen J. (Teresa)McDougal of Mooresville, IN, and Stuart A. (Jennifer)McDougal of Martinsville, IN. He is also survived by 12 grandchildren: Jessica McDougal, Emma McDougal, Cameron (Natalie)McDougal, Christopher (Jackie) McDougal, Harlan (Sophie) Ingle, Hayden Ingle, Danielle (David) Ice, Zachary (Anna) McDougal, Sean McDougal, Callum McDougal, Grace Perkins, and Joan Perkins;2 step grandchildren, Zachary and Patience Jones; 7 great grandchildren; and 4 step great grandchildren. Also surviving are one brother, John (Joanne) McDougal, of Richmond, VA; one sister, Marilyn McDougal, of Fairmont, WV; three sisters-in-law; Janice Sisler, Christine (Terry) Cuppett, and Cheryl (J.R.) Wolfe, all of Bruceton Mills, WV; one brother-in-law, Gary Cale, of Albright, WV; and several nieces and nephews. Family and friends may call at the Carl R. Spear Funeral Home in Brandonville-Bruceton Mills, WV, Saturday, February 19, from 11:00 a.m. until the 1:00 p.m. service. Burial will follow at the Sugar Valley Cemetery in Bruceton Mills, WV. Memorial contributions can be made to Morgan County Pregnancy Care Center. Condolences: spearfuneralhome.net
To plant a beautiful memorial tree in memory of David McDougal, please visit our Tree Store

Look inside to read what others have shared
Family and friends are coming together online to create a special keepsake. Every memory left on the online obituary will be automatically included in this book.
View Tribute Book
Services for David McDougal
There are no events scheduled. You can still show your support by planting a tree in memory of David McDougal.
Plant a tree in memory of David