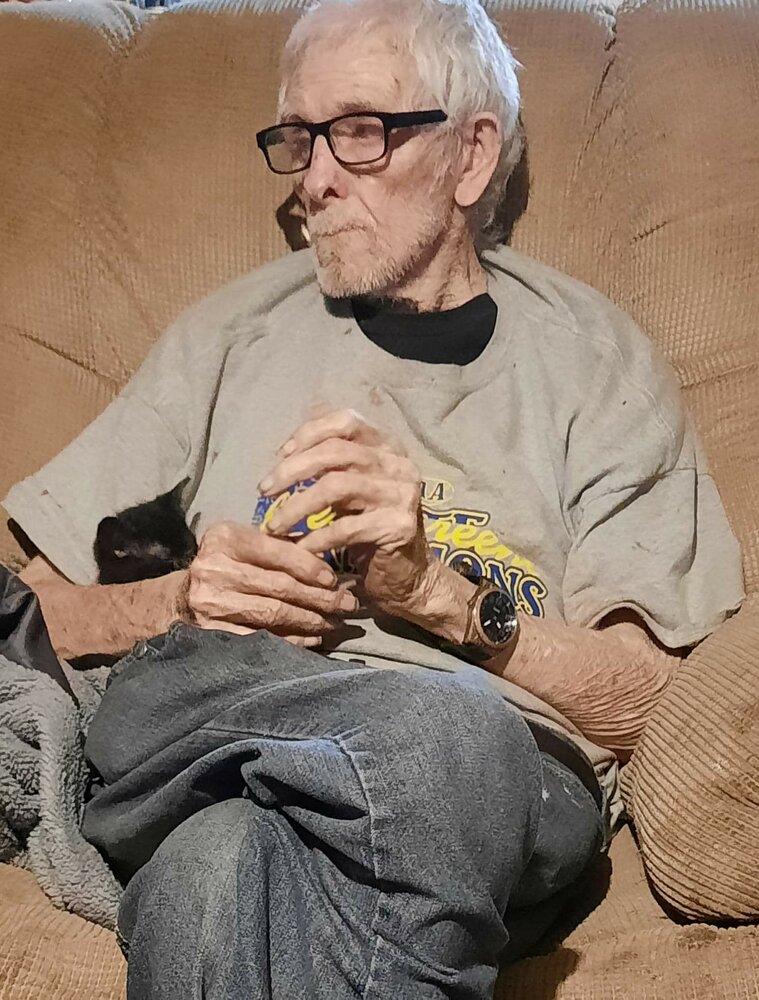 Please share a memory of Robert to include in a keepsake book for family and friends.
View Tribute Book
Robert Earl Drummond, 81, of Kingwood, WV, passed away at his home on Friday, March 25, 2022. The son of the late LeRoy and Bessie Sandy Drummond, he was born on August 30, 1940. Robert worked as a general laborer most of his life. He is survived by his wife, Mary Alice Clemens Drummond; three children: Ruth Drummond of Kingwood and Robert Drummond, Jr. and Teresa Drummond of Pennsylvania; a sister, Betty Drummond, of Grafton, WV; eight grandchildren; and one great grandchild. In addition to his parents, Robert was preceded in death by a son, Michael Clemens; four brothers: Junior, Roger, Willis, and William (Bill) Drummond; and two sisters, Virginia Long and Mary Louise Clemens. Family and friends may call at the Carl R. Spear Funeral Home in Brandonville-Bruceton Mills, WV, Tuesday, March 29, 2022, from 11:00 a.m. until the 1:00 p.m. service with Amedisys Chaplin, Emily Harding officiating, and cremation to follow. Carl R. Spear Funeral Home in Brandonville-Bruceton Mills, WV, is entrusted with funeral arrangements. Condolences: spearfuneralhome.net
To plant a beautiful memorial tree in memory of Robert Drummond, please visit our Tree Store

Look inside to read what others have shared
Family and friends are coming together online to create a special keepsake. Every memory left on the online obituary will be automatically included in this book.
View Tribute Book
Services for Robert Drummond
There are no events scheduled. You can still show your support by planting a tree in memory of Robert Drummond.
Plant a tree in memory of Robert