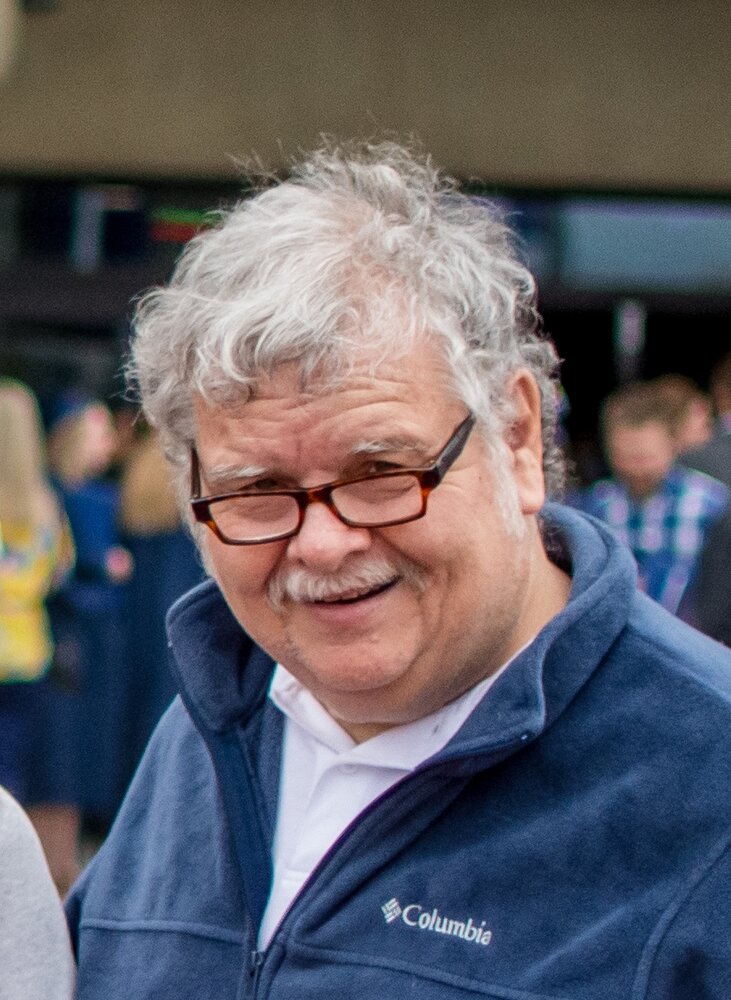 Please share a memory of Richard to include in a keepsake book for family and friends.
View Tribute Book
Richard “Rick” Warren Nieman, 74, of Bruceton Mills, WV, passed away surrounded by his family, at Ruby Memorial Hospital in Morgantown, WV, after battling a short illness, on June 8, 2022. The son of Wally and Marian Nieman, he was born in Morgantown on February 13, 1948. Rick grew up in Hazelton, WV, and attended Bruceton High School where he graduated Salutatorian in 1965. He earned a Bachelor of Arts degree with a minor in sculpture from West Virginia University in 1984, and he remained an ardent, lifelong Mountaineer. Despite listing “Bigfoot Researcher” as his profession on Facebook, he worked for the postal service and in real estate but spent most of his career as a graphic artist at Sheidow/Matthews Bronze in Kingwood, WV. A “renaissance man”, Rick often painted portraits and carved sculptures for family and friends. He, his wife, Ida, and friends enjoyed seeing James Taylor, Bob Segar, and Linda Ronstadt in concert, and he enjoyed playing music, especially guitar and piano. Rick was a trivia and crossword whiz and enjoyed many games of Bananagrams with his kids. Rarely was he without his iPad, which he often used to take unflattering photos of family. Recently, he published two novels—one based on the WWII service of his father. His favorite place in the world was the Outer Banks, especially seeing the five lighthouses and sampling the seafood of the region. Throughout his life, Rick attended Shady Grove Church of the Brethren, Little Sandy Church of the Nazarene, and Chestnut Ridge Church. His family takes comfort in knowing that he was a man of faith and that they will be reunited in Heaven someday. In addition to his wife, Ida Weber Nieman, whom he married on December 23, 1983, in Uniontown, PA, he is survived by four children: Sara (Chris) Paschke of Uniontown, Cody (Sam Proctor) Nieman of Morgantown, Shelby (Miles) Helmick of Morgantown, and Skylar (Todd) Burnsworth of Bruceton Mills; and three beloved grandchildren to whom he was “Pap Pap: Benton, Clara, and Warren. Also surviving are his stepmother, Helen Nieman, of Tunnelton, WV; a sister, Deborah (Charles) Koch, of Pittsburgh, PA; and many cousins, in-laws, nieces, and nephews. While Rick stated that he wanted a Viking funeral, a public memorial service instead will be held at Shady Grove Church of the Brethren in Bruceton Mills on Saturday, June 25, 2022, at noon. Carl R. Spear Funeral Home in Brandonville-Bruceton Mills, WV, is handling funeral arrangements for the family. The family of Rick wishes to thank the doctors and nurses at Ruby Memorial Hospital, Carl R. Spear Funeral Home, the staff at Chestnut Ridge Church, and all their friends who reached out to them. In lieu of flowers, the family requests that donations be made in Rick’s name to the Preston High School Marching Band: Preston High School, c/o The Marching Knights, 400 Knight Drive, Kingwood, WV 26537. Condolences: spearfuneralhome.net
To plant a beautiful memorial tree in memory of Richard Nieman, please visit our Tree Store

Look inside to read what others have shared
Family and friends are coming together online to create a special keepsake. Every memory left on the online obituary will be automatically included in this book.
View Tribute Book
Services for Richard Nieman
There are no events scheduled. You can still show your support by planting a tree in memory of Richard Nieman.
Plant a tree in memory of Richard