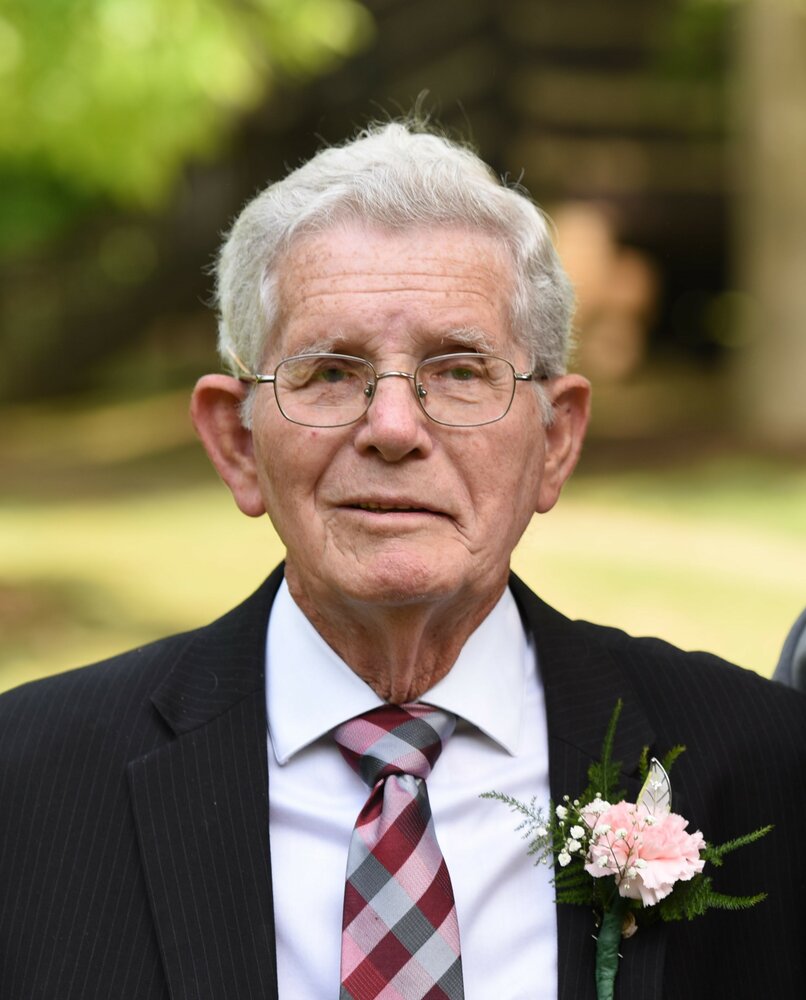 Please share a memory of Joshua to include in a keepsake book for family and friends.
View Tribute Book
Joshua Bryson Herring, 88, of Bruceton Mills, WV, passed away at Mon Health Medical Center in Morgantown, WV, on Thursday, October 6, 2022. The son of the late Arthur B. and Elizabeth Tallentire Herring, he was born October 24, 1933, in Uniontown (Rosedale), PA. After graduating from high school, Jay became a member of the US Army during the Korean War. Later, he took over Schaffer’s Store in Bruceton Mills and operated it as Herrings for many years. He also was a mail carrier for the US Postal Service from 1964 until 1983. After retiring, he worked at Little Sandy’s fuel island. Jay was a member of the Shady Grove Church of the Brethren and a 50-year member of the Preston Masonic Lodge, #90. He loved his church and his church family. A founding member of the Bruceton Community Ambulance Service, Jay was also a member of the Bruceton-Brandonville Volunteer Fire Department since 1961. Jay is survived by his wife, Carol Bossart Herring; a son and his wife, Rick and Lori Herring, of Bruceton Mills; two grandchildren and their spouses, Laci and Seth Freeman and Tyler and Sarah Herring, of Bruceton Mills; and great grandchildren: Logan Joel, Taylor Jay, and a baby Carson Joshua “to be”. In addition to his parents, he was preceded in death by three brothers: Arthur B., Larry, and Bill Herring. Visitation for family and friends will be at the Carl R. Spear Funeral Home in Brandonville-Bruceton Mills, WV, on Sunday, October 9, 2022, from 2:00 – 4:00 and 6:00 – 8:00 p.m., and on Monday, October 10, at the Shady Grove Church of the Brethren in Bruceton Mills, North Preston Highway, from 12:00 noon until the 1:00 p.m. funeral service with Pastor Michael Bernard and Seth Freeman officiating. Burial with military honors provided by the Preston County Military Honor Guard and the WVANG Funeral Honors of Camp Dawson will follow at the Shady Grove Cemetery. Condolences: spearfuneralhome.net
To plant a beautiful memorial tree in memory of Joshua Herring, please visit our Tree Store

Look inside to read what others have shared
Family and friends are coming together online to create a special keepsake. Every memory left on the online obituary will be automatically included in this book.
View Tribute Book
Services for Joshua Herring
There are no events scheduled. You can still show your support by planting a tree in memory of Joshua Herring.
Plant a tree in memory of Joshua