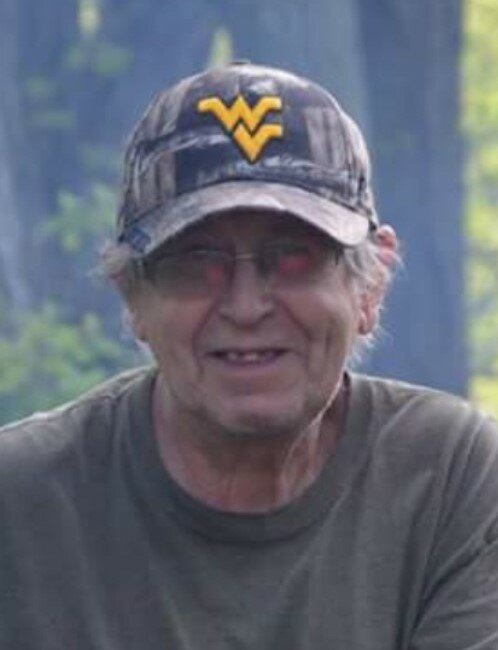 Please share a memory of Harold to include in a keepsake book for family and friends.
View Tribute Book
Harold D. Cunningham Jr., 74, of Bruceton Mills, WV, passed away peacefully at home on December 3, 2022, with his children by his side. The son of the late Harold A. and Dorothy McDonald Cunningham, he was born on January 3, 1948, in Morgantown, WV. After graduating from Bruceton High School in 1966, he joined the U.S. Navy (SeaBee’s) and served two tours in Vietnam. After his military service, he worked for Heart Homes, Sterling Faucet and then for GE Plastics for many years after which he retired. Harold was a member of the Hopewell Union Church. Hunting, fishing, softball and baseball were among the few of his many passions in life. If you were a friend of Harold, you knew not to turn your back because a prank was coming, or he would bet you $100.00 that he was right about something. He spent many hours telling stories with his friends at Little Sandy’s and the Pfost Office. Harold is survived by his two sons: Andrew Cunningham and his wife, Carrie, and Lucas Cunningham and his companion, Katrina Savage; four grandchildren: Casper, Cole, Makayla and Levi Cunningham; a brother and his wife, Rich and Terrie Cunningham; two sisters: Lois Bolyard and Sharon Shaffer and her husband, Steve; his nephews, with whom he enjoyed many hours of fishing and hunting; and several great nephew and nieces. In addition to his parents, he was preceded in death by a brother and his wife, Robert (Bob) Cunningham and Lynn, and a brother-in-law: Delmus Bolyard. Friends and family will be received at the Carl R. Spear Funeral Home, in Brandonville-Bruceton Mills, WV, from 1:00 pm until the 6:00 pm funeral service, on Wednesday, December 7, 2022, with Pastor Dave Curry officiating. Military honors will be accorded by the Preston County Military Honor Guard, and Military Funeral Honors, United States Navy. The family would like to extend thanks to his personal caregivers and Amedisys Hospice for their support and caring. In lieu of flowers, the family requests that donations be made in Harold Jr.'s name to the Bruceton Youth Baseball-Softball League to benefit the youth of the community and the sport that he loved so much. Checks can be made out to Bruceton Youth Baseball-Softball League Inc. & mailed to PO Box 564, Bruceton Mills, WV 26525." Condolences: spearfuneralhome.net
To plant a beautiful memorial tree in memory of Harold Cunningham, Jr., please visit our Tree Store

Look inside to read what others have shared
Family and friends are coming together online to create a special keepsake. Every memory left on the online obituary will be automatically included in this book.
View Tribute Book
Services for Harold Cunningham, Jr.
There are no events scheduled. You can still show your support by planting a tree in memory of Harold Cunningham, Jr..
Plant a tree in memory of Harold